Inaugural NCAA Beach Volleyball Championship: Should it change your perspective? 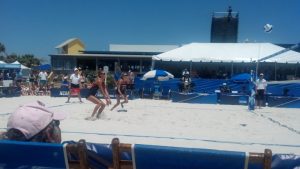