Can Diet Really Increase Your IQ? 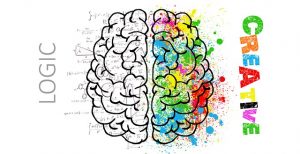 In his mid 20’s, Silicon Valley wiz-kid and entrepenur Dave Asprey had accomplished everything he’d set out to achieve, but his success had cost him his health.

When the scale hit 300, he realized it time to take better care of himself. Ditching mainstream diet advice that had gotten him nowhere, he adapted a healthy, low-carb, natural-fat diet and lost 100 pounds. To his surprise, he discovered he’d also gained some serious brain power–initially somewhere around 15 IQ points.

IQ is rated on a standard, bell-shaped curve. The average IQ score is set at 100, meaning if your IQ is 100 you’re smarter than 50% of adults, and the other 50% are smarter than you. 15 points is equal to a standard deviation. That means gaining 15 points and going from 100-115 moves you from smarter than 50% of the population to smarter than 84%. Of course, just by taking IQ tests again and again, you can get better at IQ tests and can falsely raise your IQ. But a gain of 20 to 30 points is extraordinary and unlikely to be just due to practice.