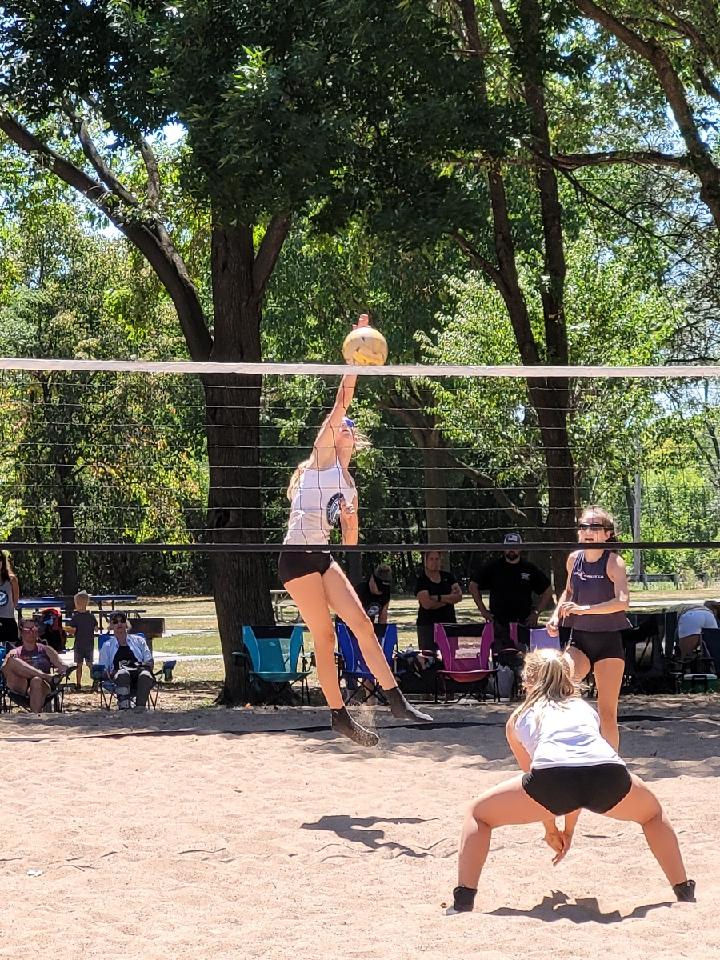 The BVNE ProjectU Open will be hosted by TMP Beach. Girls divisions will be as follows: U12, U14, U16, and U18.  The June events are national qualifiers. Each division will receive qualifying bids to the BVNE Kauai Bikini National Championship and the International College Recruiting Showcase Championship in Santa Monica, CA, late July 2022. For additional information or questions, contact Stephen McCarthy at 612-741-0982.

Weekend Tournaments: Check in time will be 8:30am with an 8:45am player meeting and an 9:00am start time. Tournament will consist of one round of robin pool play with a seeded single elimination bracket.

Week Night Tournaments: Check in time will be 4:45pm with an 4:50pm player meeting and an 5:00pm start time. Tournament will consist of one round of robin pool play with a seeded one game playoff.

In order to participate, all players must have a BVNE membership, click here for additional details.