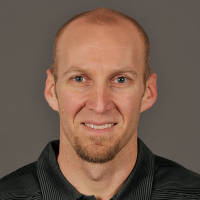 Today, Stephen McCarthy will talk with Head Coach Russell Brock of the LSU Tigers beach volleyball progam about some of his go to strategies for elite performance on game day.

1, Ideas for players who do not live in hot bed locations to get noticed and eventually, play college beach volleyball
2. Game day strategies and the variables associated with high level play
3. The art of making adjustments to what is happening on game day.